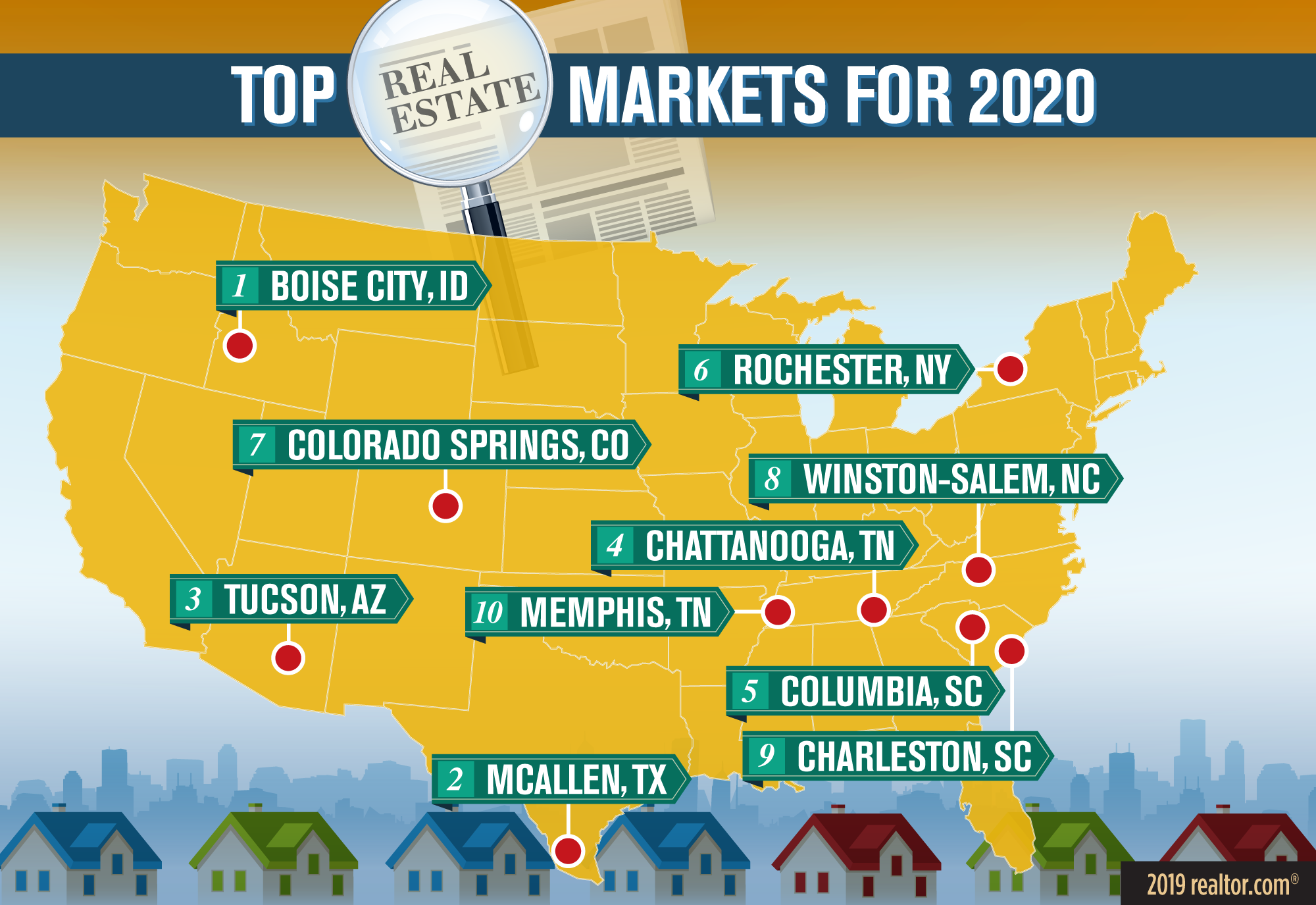 Idaho’s economy pretty much collapsed during the Great Recession. Now, it has one of the highest rates of job growth in the nation, largely propelled by the Boise metro area. Out-of-staters are pouring into the bucolic city tucked in the mountains—according to realtor.com data for the third quarter of 2019, 62.4% of viewers of listings in the Boise metro area were out of state.

“It is absolute craziness,” says Rob Inman, a real estate agent at Boise’s Best Real Estate. He estimates that about half of his company’s clients are from out of state; a few years ago, it was more like 20% to 30%.

They’re attracted by the jobs, many in the tech sector, and by Boise’s relative affordability. Californians, especially, are all too eager to leave behind the Golden State’s high taxes and home prices. All this has exacerbated a housing shortage, and developers are racing to keep up with demand.

“I don’t think you can stand and do a 360-degree turn in this town without seeing construction,” Inman says.

Buyers who can spend $300,000 to $400,000 are in the best position—”I can find [those buyers] homes all day long,” he says, especially in suburbs like Meridian where that much money will get you a newly built, three- to five-bedroom home with granite countertops and hardwood floors. (Check out this one!) Closer to the newly revitalized downtown, prices go up, although the housing stock is older (this one from 1939 has gotten some nice upgrades).

Related Articles
Market News Windermere Living Summer Edition Windermere Living Summer/Fall Edition Now Available! We are so excited to announce the Summer/Fall issue of Windermere Living is now available online. Please enjoy the beautiful listings throughout our network along with our featured articles including how to take your Taco Tuesday up a notch and more! Check out the full issue and the beautiful […]
Market News Q1 2022 Idaho Real Estate Market Update The following analysis of select counties of the Idaho real estate market is provided by Windermere Real Estate Chief Economist Matthew Gardner. We hope that this information may assist you with making better-informed real estate decisions. For further information about the housing market in your area, please don’t hesitate to contact your Windermere Real Estate […]
Market News On the Fence of Whether or Not To Move This Spring? Consider This. If you’re thinking of selling your house, it may be because you’ve heard prices are rising, listings are going fast, and sellers are getting multiple offers on their homes. But why are conditions so good for sellers today? And what can you expect when you move? To help answer both of those questions, let’s turn […]